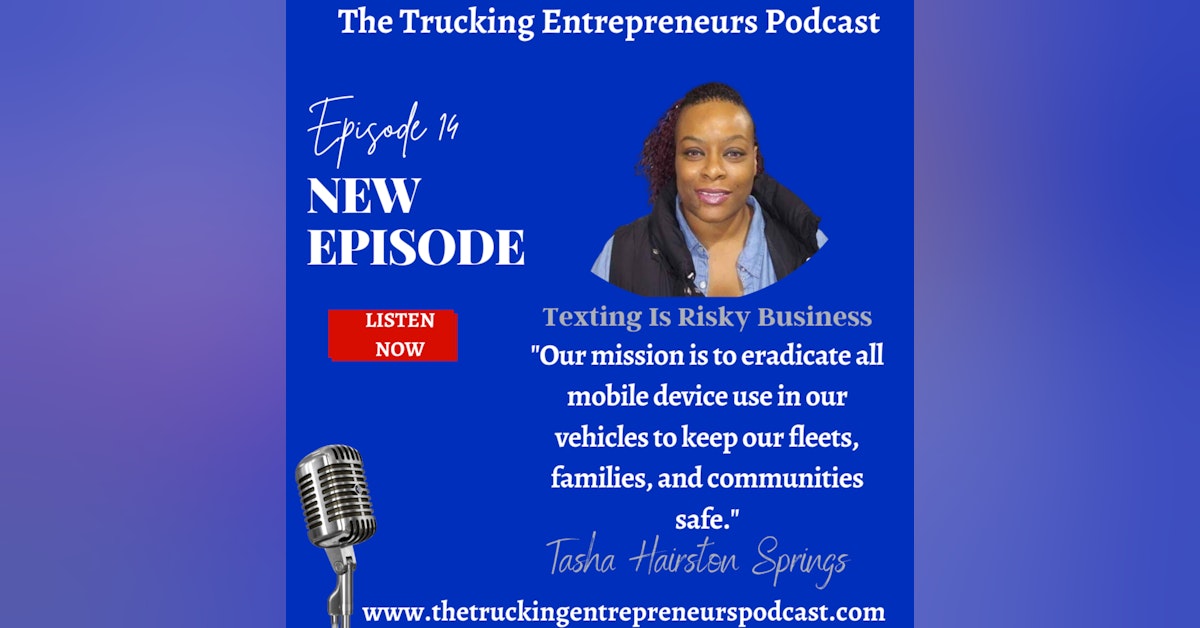 Greetings Everyone!  Today I have the pleasure of having Mrs. Tasha Hairston Springs as a guest on our show.  Tasha is the Founder of Texting Is Risky Business.  If you want to hear someone that has taken an unfortunate situation and turned it into a purposeful mission.  This is the episode to listen to.  Tasha is making big strides daily in her fight against texting while driving.  In this episode you will hear a little history about herself and the mission she is set out to conquer and so much more.  It will definitely leave you inspired.  So, kick back, relax and let's join in with Tasha to learn more!

Tasha Hairston-Springs is from Jamestown, North Carolina, living in Winston Salem. She is a psychology student at Southern New Hampshire University, specializing in Child and Adolescent Psychology. She has been married for six (6) years and has five children.

Tasha became a mom at the age of 16, which caused her to drop out of school. At 18 years old, she dreamed of owning her own business, which led her to study Business Administration. Aside from that, she also dreams of becoming an interior decorator, and she also wants to travel the world.

Tasha is a survivor of a car crash caused by texting while driving. In 2012, she was driving while having a text conversation with her daughter. She didn’t notice that she was already going too fast, about 70mph. This caused her to crash her car, and it also hit another car at the same time. All of them survived. She got severe damages which led her to undergo reconstructive surgery.

Starting Up Texting is a Risky Business

Texting is a Risky Business aims to eliminate all mobile device use on vehicles to keep our fleets, families, and community safe. This type of distracted driving can be eliminated or, at the very least, reduced. But all of these are things that Tasha support as part of Vision Zero. It is a belief that we can achieve zero distracted driving. It's a daily decision whether or not to get in our automobiles or use our devices. It's up to us, and we have the power to stop it.

Before the program, you must take the Risky Business Quiz. It is composed of 23 questions that will determine the recommendation and invitation to the MAD method.

Tasha has been in contact with a group called Street Safe US. She participates in their events. They work with traffic courts but also work with parents and children. Before getting in the cars and driving, she delivers safety instructions.

Tasha has developed a marketing campaign that is like a contest. The prize would be a $100 gas card.

Tasha has learned about telematics technology. She discovered a company called No Sale Technologies, which has the same mission as her. They have cameras to detect if the driver has held their phone or allow phones only to have necessary applications downloaded into them.

*Anuj Agarwal - Feedspot the founder of Feedspot.com notified us that The Trucking Entrepreneurs Podcast has been selected by their panelist as one of the Top 20 Logistics Industry Podcasts on the web. Currently we're ranked #8.  https://blog.feedspot.com/logistics_industry_podcasts/ 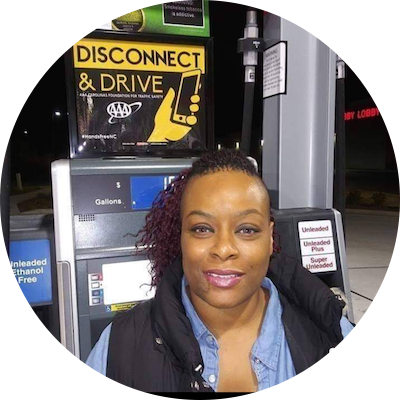 Tasha Hairston Springs is the founder of Texting Is Risky Business located in Winston Salem, N.C. Tasha is also a survivor of distracted driving. We here at T.I.R.B provide fleet management companies with proactive solutions to help keep their fleets safe. We use the M.A.D program (Mindful Aware Drivers) a 21-day prevention program to help instill a culture of safety. We use meditation and prayer to set our intentions on breaking the bad habit of using mobile devices while driving. Our mission and purpose is to eradicate all mobile device use in CMV. We have joined with Vision Zero N.C. and Hands Free N.C. and the Independent insurance agents of N.C. We have been featured on ABC, CBS and AAA Carolinas. If you are interested in finding out more our contact information is www.textingisriskybusiness.com or email textingisriskybusiness@gmail.com Thank you!