In this episode, John Farquhar joins the show. He is a risk solutions specialist. He had a very long career of 30-plus years in the transportation and insurance industries. Due to his experiences on both sides of the desk, he was able to start his own company conducting comprehensive risk evaluations. He can help his clients develop, improve, and enhance their risk management programs and practices. Today, John discusses his experiences in the transportation industry and his big-time experiences in the insurance industry. All of this culminated in the eventual formation of his current company, Summit Risk Solutions, Inc.  Sit back, relax, and enjoy!

John lives in Langton, Ontario in Canada. He is a father of two and has a grandson. He used to live closer to his children, but now they are in the country and visit him instead.

He is a car enthusiast. He owns a 1975 Buick LeSabre convertible and is building a new shop for cars. He tells a funny story about his friend wanting to get rid of the car because his wife didn’t want to ride it.

Journey through the Transportation and Insurance Industry

In the early ’80s, he left high school. He never got a degree. He eventually got work and did a few odd jobs, and when he turned 18, he got a commercial driver’s license. Several members of his family have been trucking, so he felt that it was inevitable that he would go do the same thing as they did. He teamed up with his uncle and started a company. They started buying and owning multiple trucks. The company eventually got sold off, and he started his own company and ran it using his 20 years of experience. He eventually bought the company he used to work for as well. He only came off the road within the last five years of his career to work on the desk. The company had a mix of owners and operators, and company drivers. They specialized in an open deck, flatbed step deck, double drops, and over-dimensional freights. They ran all throughout North America.

They had to shut the company down. A few owner-operators wanted to retire and move on from trucking. He got the vibe that it was over. They had all their equipment sold within 15 days. John says the best money he made was getting out of trucking.

They relaxed and thought about what to do next. John started getting phone calls from the carriers he used to work with. They were asking him for help in their business, so he helped them. He did driver road evaluations, paperwork, etc. He never thought that he’d be able to take his knowledge and put it to use this way. Through this, he could also get into a career in insurance.

One thing led to another, and John became the team leader for the team in Ontario. Shortly after, he was asked to apply for the manager’s position, a national transportation position, which means he’ll be looking after all the teams in Canada. One of the key things they put into play was “common term calibration,” where they made sure everybody was on the same wavelength. If anybody came up with a different idea, they were encouraged to share it with the team so they could all become better at what they do. He ended up being with them for seven years.

Charlie and the company had a falling out. This caused him to decide that it was time for a change, and he resigned from his position and took a break. A woman he used to work with in the insurance company left several months before he did. The same person contacted him and asked what he was doing now. She wanted to talk to him and hire him immediately. She even agreed to pay him for a few months without doing any work because John wanted free time after his resignation. She just wanted to be sure he would be on board with her. John thought he’d be stupid not to take the opportunity, so he did.

John went to work for her and got to work with a number of people he already used to work with. They were the perfect team because of their experience together. They were going to work for an insurance company that wanted to write trucking businesses for motor carriers. They prospered for a good seven years. But they got purchased in late 2019 by another insurance company. He was disappointed because they didn’t understand what they had in them as a team. They weren’t bought for trucking but for other big lines of businesses. He thought he was going to retire at this company, and he thought he couldn’t do that to his employees. This gave him the idea of starting his own company, Summit Risk Solutions.

John says you’ll never get anywhere without a happy smile and knowing some people. If you don’t use them for business, having fundamental interaction with people is fine. Be known as a nice guy.

For the company, John took all those years of experience in risk management and created a company specializing in evaluating risk. He says that there are a lot of companies that already do this for property and liability risk but not for transportation risk. Their first focus was to evaluate risk by conversing, meeting, and having a 5-6 hour-long talk with their client. They look at qualification files with the drivers, maintenance files, compliance documentation, policy procedures, manuals, etc.

John doesn’t like the word consultant because around their area; it has gotten a bad connotation attached to it, especially if combined with the word safety. He says it's because of many terrible safety consultants in the industry. He wants to stick to “risk management” because if you can manage your risk, then the insurance company will feel better about wanting to ensure you and even partner with you in the future.

Money isn’t what motivates John; what gets him motivated is educating people and having them learn from him. He wants to help those less knowledgeable about these kinds of stuff.

John advises starting by reading the regulations. You have to know about all the rules in the first place. Next, you should get into safety, compliance, focus, and regularly understand what a transportation company must deal with. Eventually, you will creep up and from there, you will get noticed. John also advises building relationships, which he considers the most important.

He says that his biggest success moment was when he took over the company that he used to truck for in the mid-90s. That was when he thought that he “made it.” 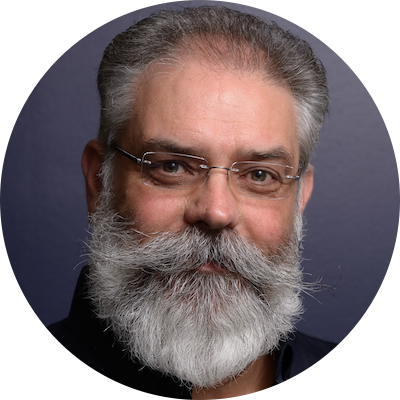 John has had an extensive and extraordinary career in the transportation and insurance industries over the past 30-plus years. He has seen many changes on both sides of the desk, which gave him the opportunity to start his own company conducting comprehensive risk evaluations. This hands-on assistance to clients will help them in developing, improving and enhancing their risk management programs and practices.

John started his career in the 80s as a driver, before making the first big step of owning his own truck. He eventually owned several trucks and managed the safety of their drivers and equipment. He then took on the adventure of owning his own company, which specialized in over-dimensional cargo on open-deck trailers throughout North America.

In 2003 John stepped out of the trucking owner role and moved over to risk management, providing consulting services for several trucking clients. It was not long before he was recruited by a global insurer, where he helped to strengthen risk services training programs and risk evaluation processes. He managed a team of highly qualified risk specialists across Canada, along with a national portfolio of transportation clients.

In 2013 John was offered the opportunity of a lifetime: to work with a long-time and well-known Canadian insurer in developing and building a unique and specialized transportation product from the ground up. John was instrumental in developing and delivering the customized and comprehensive risk evaluation process. He was also responsible for recruiting, mentoring and leading an elite team of risk solutions specialists that conducted the comprehensive risk evaluations. John and his team were tasked with developing unique client support tools for tracking and analyzing violations, losses and trends, as well as creating a one-of-a-kind mentoring and training curriculum for client staff and drivers.

This new chapter in John's career sees him continuing to share his knowledge and expertise with transportation companies to enhance and improve their risk management programs and practices.